Students swearing the Pledge in 1899

US pledge of allegiance (Lee Greenwood) 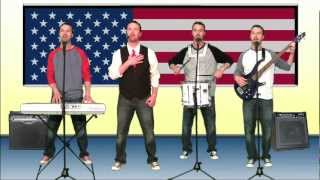 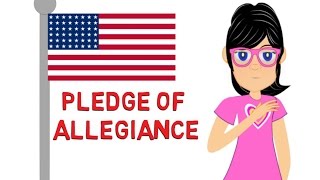 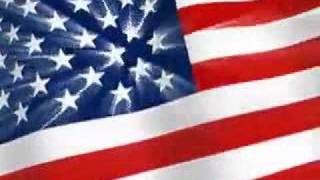 The Pledge narrated by Don LaFontaine

Music by: The US Army Band Produced by: Richard C. Streeter III

Almost all government meetings open with the recital of the Pledge of Allegiance, as do many events and meetings held by private organizations. The Pledge of Allegiance is also commonly recited at the start of every school day, although the Supreme Court has ruled that students cannot be forced to recite the Pledge, nor can they be punished for not doing so. All US states except four – Hawaii, Iowa, Vermont and Wyoming – give time for the pledge to be recited as part of the school day.

The Pledge of Allegiance to the Flag should be rendered by standing at attention facing the flag with the right hand over the heart. When not in uniform men should remove any non-religious headdress with their right hand and hold it at the left shoulder, the hand being over the heart.

NEWS ABOUT THE PLEDGE OF ALLEGIANCE

July 28, 2017
The American Humanist Association is taking aim this week at an Indianapolis school that reprimanded a teacher for telling his students that saying the Pledge of Allegiance was optional, according to a story in USA Today.

Duane Nickell, a recently-retired physics teacher, made the statement to his class on the first day of school at Franklin Central High School in Indianapolis in 2016

“I just wanted them to feel comfortable if they didn’t want to say it. That’s OK with me,” Nickell told the newspaper.

The school’s principal, Kevin Koers, reportedly told Nickell he had crossed the line.

“His statement to me was that it was not my place to say that. He said it was the parent or student’s place,” Nickell told USA Today.

The AHA, a self-described educational organization and advocate for atheists, agnostics, and religious minorities, called on the school to let teachers tell students about their free speech rights, according to a letter published on its website.

“Dr. Nickell should be commended, not reprimanded, for taking the time to inform students about their rights in an objective, nonjudgmental manner,” the organization’s lawyer said its July 24th letter.

The AHA warned in its letter that it would provide legal help to teachers if the school takes a similar action again.

Nickell denied that he discussed his personal opinion with the students and said, “I did not use that occasion to expound on my personal opinions on the pledge. All I said was that it’s voluntary.”

Why did the former teacher wait a year to make his complaint?

Nickell said he reached out to the AHA last year after the incident, but asked them to wait to send the letter after he retired because he feared he would lose his job.